View all Sponsors
Sponsor this site

The Lansing Catholic Lawyers Guild proudly invites you to their 33rd Annual Spring Luncheon at St. Mary’s Cathedral Parish Hall on Wednesday, May 10, 2017 at 12:00pm.

The Guild is honored to host Father Steve Mattson as our keynote speaker. Father Mattson is what we like to call a “revert” to the faith. He was raised Catholic, but his family left the Catholic Church after he graduated from high school. After spending over twenty years as an Evangelical Protestant, Father Steve returned to the Catholic Church. Furthermore, Father Steve felt the call to priesthood, attended the University of St. Mary of the Lake / Mudelein Seminary in Illinois, and was ordained in 2005. Father Steve also holds a Ph.D. in education from Michigan State University and served as the Superintendent of Schools for the Diocese of Lansing from 2009-2015. Father Steve Mattson will delight us with his presence and speak to the Lansing Catholic Lawyers Guild about the importance of faith and adherence to the Catholic values and principles in the practice of not only law, but life.

The Guild invites everyone to join us for an enjoyable afternoon. Please RSVP by sending the registration form with payment to the Catholic Lawyers Guild, c/o Diane Arzberger, Executive Director, 1812 N. Genesee Dr., Lansing, MI 48915. 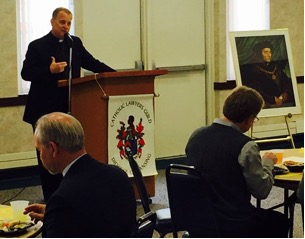 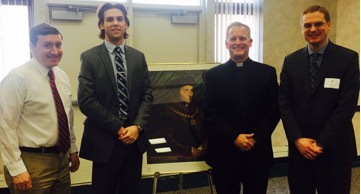 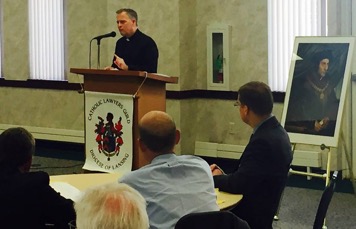